Since its founding 26 years ago, World Trade Press has been a leading authority on the topics of international trade, international travel, and world cultures. The majority of our content (about 85 percent) is proprietary to World Trade Press. It is the result of collaboration between our in-house editorial staff and an international team of writers and topic experts, who are recruited based on their research skill and first-hand knowledge of a given topic. Where applicable, an attribution at the end of an article credits the writer or researcher. An attribution is considered impractical when many individuals contribute over time to the initial creation and subsequent updates of a single article. See below for profiles of our current in-house editorial staff and international writing team. A portion of our content (about 15 percent) comes from reliable public domain sources or is reproduced with permission from top-tier international organizations. Reproducing this material in the same products with our proprietary content serves our clients by uniting valuable information in one accessible location. The sources for this information are listed on each applicable page.

Edward G. Hinkelman is an international economist with degrees from Tufts University and the University of Paris, and is the CEO/Publisher of World Trade Press. Mr. Hinkelman has more than 30 years' experience as an importer and exporter, and has traveled to and done business in more than 80 countries. He is the author of the industry standard Dictionary of International Trade, now in its 13th edition, and three other industry reference books. Mr. Hinkelman has been a member of the National District Export Council and a visiting lecturer on trade-related subjects at the University of Michigan, Tufts University, San Francisco State University, numerous TEC (The Executive Committee, now known as Vistage) meetings, and other industry programs and seminars.

Brian Arnell is a publishing professional with 14 years' experience in editorial, product development, and management roles for several digital information companies. A US native, he has spent much of his adult life abroad, including residencies in the UK and Australia and travel and research in Africa, Europe, and the Pacific. He holds a master's degree in international relations from the London School of Economics and a master's degree in publishing and communications from the University of Melbourne.

Nina Bellucci has editorial experience in the fields of international business, urban planning and architecture, and the law. She holds a bachelor's degree from Vassar College in political science, and a master's degree from Cal Poly, San Luis Obispo. Some of her favorite travel destinations include Spain and the UK.

Jennifer Goheen earned her BA with honors in Russian language and literature from Oberlin College, and her MA in English from San Francisco State University. Her love of language is intimately connected with her love of travel. Fluent in Russian, French, and German, she has translated works from French and Russian into English. She has edited in subject areas and material categories ranging from engineering, education, and history to narratives, advertisements, cover blurbs, and company profiles. Among her favorite travel destinations are Sète, France; Skara Brae, Scotland; Emeishan and the Great Buddha of Le Shan in Sichuan, China; and the Bristlecone Pine Forest of California, USA.

Dorine Jennette holds a PhD in English from the University of Georgia. She has edited creative and scholarly works for the University of Georgia Press, the University of Pittsburgh Press, and the Fordham University Press. She is an editor of the American Poetry Journal, and has previously held editorial positions with Puerto del Soland the Georgia Review. Dorine Jennette is the author of Urchin to Follow; her poetry and prose have appeared in journals such as Verse Daily, the Journal, Ninth Letter, Coconut, and the New Orleans Review. Her travels abroad include trips to Mexico, Italy, and Costa Rica. 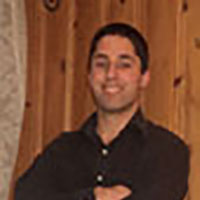 Alex Colgan is a freelance writer and editor from Yarmouth, Nova Scotia, Canada. He holds an undergraduate degree in English and political science from St. Mary's University in Halifax, and is completing a master's program in social and political thought from the University of Regina. He writes mainly as an Internet copywriter and content developer, and has also written articles for local and national magazines, including This magazine. Alex is also the current editor of Coastal Life magazine. 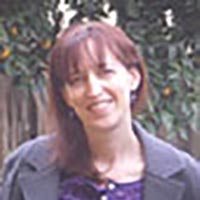 A. Cotham earned her bachelor's degree in English literature from the University of California, Berkeley. She has written and edited materials for publications such as Sacramento Magazine and Solano Magazine, and for organizations such as the University of California health care system. Based in Sacramento, California, A. Cotham currently concentrates on travel writing, environmental writing, and technical editing. 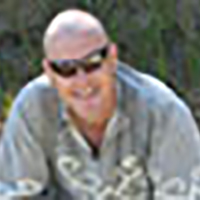 Paul Giess has a doctorate from the University of London and is a former lecturer in the environmental sciences. His research considered the environmental impact of emissions from the UK nuclear program and was funded by British Nuclear Fuels Ltd. Paul has written widely on environmental issues and the public understanding of science. For many years he produced a topical science column for the Express & Star, the UK's most widely circulated regional newspaper. Currently living in Cape Town, South Africa, Paul has extensive travel experience in both Europe and Africa, and contributes to numerous travel websites and blogs. He also continues to write for selected publications in the UK and Africa, as well as providing academic proofreading for clients in Asia. 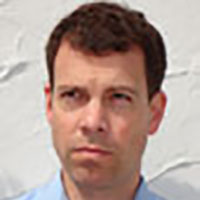 Simon Hodgson was born in Scotland and now lives in San Francisco with his wife and son. After completing a master's degree program in history from Edinburgh University, Simon got his first job as a staff writer on an IT business newswire. He's also been a television listings editor, a housing magazine editor, and a freelance writer, writing about travel, business, education, movies, and art. Simon is currently the editorial director of Daily Secret, an international subscriber service that tells people about amazing things in cities across five continents. He has traveled widely across Western Europe, and spent time in Montenegro, Lithuania, Borneo, Georgia, and Kashmir. 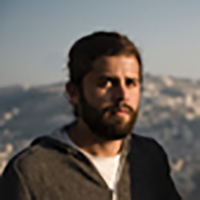 Anthon Jackson is a native of Ogden, Utah, who has written professionally since 2008. In 20 years abroad, he has traveled to 60 countries. In addition to World Trade Press, Anthon has written for Rough Guides, USA Today, Trails, and Travels, while documenting a range of journeys, from Adventure Journey's "20,000 Miles in Asia" to the Royal Geographic Society-sponsored "Oxford Danakil Expedition." He holds a bachelor's degree in Middle East studies/Arabic and is based in Aarhus, Denmark.

Jessica Kirby holds a bachelor's degree from Vancouver Island University. A double major, she focused her creative writing program on creative nonfiction and journalism; in anthropology, she focused on peace and conflict studies and the Middle East. She has completed original research exploring how journalism is represented cross-culturally, and wrote a series of biographies capturing the stories of people who have survived violent conflict in different geographical and cultural areas. Jessica has worked as a freelance and in-house editor and writer for more than 15 years, covering business, arts and culture, construction, architecture, sustainable living, and cross-cultural studies in magazines, books, and professional journals published across North America. Jessica is from Ontario, Canada, but has called beautiful Vancouver Island home since 1998. 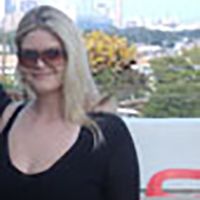 Kerrie Main is a writer, editor, and traveler. She holds a bachelor's degree in English and Spanish from Southwest Texas State University, and her work experience spans a number of roles and industries. Beginning her career as an advertising copywriter, she later created and managed an online community for an international meeting planning association.

Ocean Malandra is a freelance travel writer who divides his time between Northern California and South America. After studying broadcast journalism at the City College of San Francisco, he majored in English at Portland State University. Ocean is currently the guide to San Francisco Travel on About.com, has contributed to several Viva Travel Guidebooks, and has written for many different travel-related sites, including USA Today's Travel Tips and Trails.com. He is also a health researcher and writer and runs several blogs related to natural health. 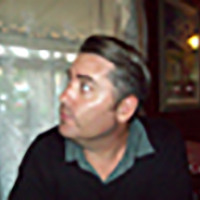 Dale Myers is a journalist, travel writer, and novelist from Ventura, California. He has a bachelor's degree in journalism from California Polytechnic State University, San Luis Obispo. Dale has been an editor at Marin Scope Newspapers, a senior editor at InfoWorld in San Francisco, and the managing editor of MotorHome magazine. He has traveled extensively in Mexico, Hawaii, and Europe, particularly Italy, and speaks Italian. 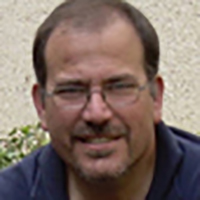 John E. Roper was born and raised in Oklahoma, and has spent most of his adult life overseas. In addition to visiting many countries, he has lived in Senegal, Cote d'Ivoire, Japan, and Italy. While earning a bachelor's degree in English from the University of Central Oklahoma, John began working as a freelance writer. He has written for several print publications, including the Daily Oklahoman and the Arizona Republic, as well as for a wide range of digital platforms, such as USAToday.com, Hotels.com, Salon.com, and Trails.com. He currently writes reviews for The US Review of Books and Breakpoint.org. John's three-act play When I Was Five has been performed on three continents. 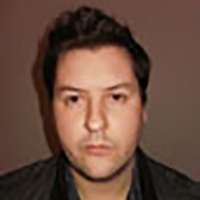 Tom Sykes holds a bachelor's degree (Hons) in English and American literature from the University of East Anglia (UK), a program that included a semester of study at the London School of Economics. He is now studying for a doctorate at Goldsmiths College, University of London, focusing on Southeast Asian travel literature. Tom has published travel journalism in the London Daily Telegraph, the London Magazine, the Bristol Review of Books, the Philippine Free Press, and various in-flight magazines. He is the co-editor of 4 travel anthologies that have sold 20,000 copies. The first, No Such Thing as a Free Ride? was published by Cassell Illustrated and serialized in the London Times. Tom has traveled extensively in Asia and Europe. Learn more about him at www.tomgsykes.co.uk. 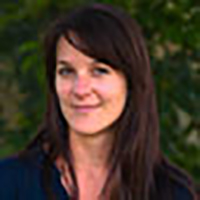 Heather Thielen received a bachelor's degree in painting in 2002, then worked in art restoration at a Russian art gallery, where she also wrote articles and managed a website covering Russian art. She moved to Florence, Italy, in 2007, where she learned Italian, worked as a tour guide, and taught English. Heather now lives and works in Southern California. 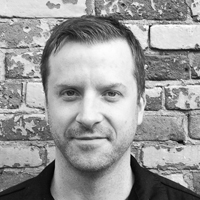 Tim Hanley is a front end web developer who focuses on the user interface aspect of our online databases. Prior to working at World Trade Press, he built user interfaces and web applications for an audio software company based in Virginia.

Dean Tisthammer is a former Full-Stack Developer at World Trade Press. He has a BA in Geographic Information Technology from Sonoma State University in California, and has over ten years of experience designing and developing web sites with a focus on user interfaces and interactive elements.

Darren Wiltse is a back end developer at World Trade Press. His responsibilities include managing the databases, working on the CMS, and handling customer service needs. He enjoys writing code in new and challenging ways. Prior to joining the WTP team, Darren obtained a BS in computer science from Michigan Technological University.

Please enter your user name and password or your library card number.